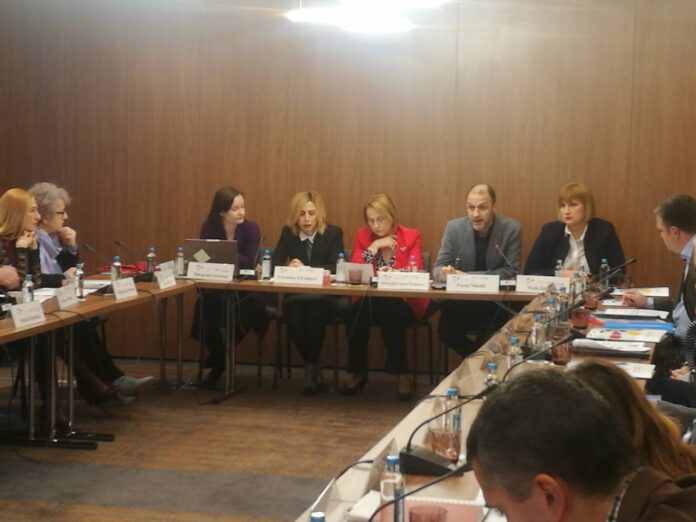 On 24th and 25th of January 2018, Regional meeting “Collective Redress Mechanisms for Consumers in the European Union and South East Europe” took place at the Hotel Marriot in Skopje. The meeting was co-organised by the ConWeb Network and SEELS Network and supported by GIZ Open Regional Fund for South East Europe-Legal Reform.

The key responsible stakeholders for collective redress from the region (line ministries for consumer protection, market surveillance bodies, Ombudsman offices, Consumer protection organisations) together with Ms. Augusta Maciulevičiūtė as a representative from the European Consumer Organisation (BEUC) and Dr. Duncan Fairgrieve as a representative from the British Institute for Comparative and International Law (BIICL) via Skype discussed the key findings and outcome from the comparative research for six selected EU Member States and six countries from the South East Europe.

On the basis of the discussions and recommendations from the meeting, Regional Action Plan for strengthening capacities of the stakeholders for consumer collective protection in South East Europe will be developed. In the course of 2018, three training modules will be developed and delivered within the project.

The national reports developed by regional experts, the report for EU MS developed by BIICL and the comparative report for South East Europe developed by Dr. Veronika Efremova will be compiled in a publication “Collective Redress Mechanisms in the EU and SEE-Comparative Study-” to be issued in March this year.